In 1970, Matthew Fleeger’s father founded and operated a modest oil and gas exploration and development venture based in the Dallas-Fort Worth area. It focused almost exclusively on operations within the Gulf Coast region. Appropriately named Gulf Coast Western, LLC, the company would start an impressive and ongoing growth spurt when leadership passed to Fleeger upon his father’s retirement.

As the company’s current CEO, president and director, Fleeger has led it to fast-track growth through strategic partnerships and lease acquisitions. Today, Gulf Coast Western’s footprint encompasses partnerships and drilling operations throughout Texas and in Louisiana, Mississippi, Colorado, Oklahoma, Alabama and Kansas.

Entrepreneurship has been in Fleeger’s DNA since he left Southern Methodist University’s Cox School of Business with an undergrad degree in business administration. He started his career at his father’s company and stayed long enough to get a hands-on education in the gas and oil industry.

Then he left for radically different ventures. He acquired a small traditional indoor tanning chain and a spray-tanning operation. Fleeger grew both to be among the largest in their sectors. After selling his ownership stakes in the operations, he founded MedSolutions, a medical waste transport, disposal, and treatment company. Once he had sold that operation to a large competitor, he returned to Gulf Coast Western.

As the heart of the company’s fast growth is the ability of Fleeger and his team to form mutually beneficial partnerships in gas and oil ventures wherever he sees opportunity. 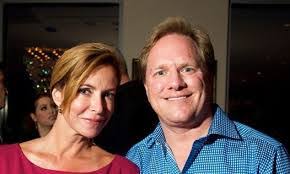 Not all of Fleeger’s time is spent in the boardroom. Both privately and through his corporation, he has made significant charitable donations, especially to those that meet the needs of children.

For instance, his Fleeger Family Educational Kitchen provides STEM-based experiential educational opportunities for children in an age range between pre-kindergarten and second grade.

Fleeger was also a leading corporate donor to the Sadie Keller Foundation, a non-profit organization that supports kids and their families while they undergo treatment for pediatric cancers.